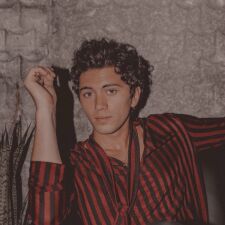 Austin Giorgio is best known for his high energy, contagious personality, and ability to write and produce storytelling songs. His pop-based music production is influenced by jazz and blues, and when paired with his velvet like vocals it creates a distinctively warm sound. He has opened for industry giants such as John Legend, and landed in the top 90 for FM Radios Hot Adult Contemporary List. Many recognize him from his viral videos online or his appearance as a Finalist on NBC's The Voice.