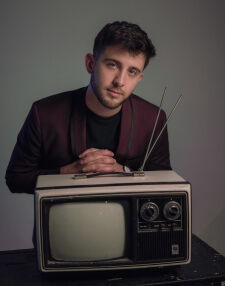 Danny H is an award-winning magician that puts on a hilarious, mind-blowing magic and mentalism show! His unique blend of magic and comedy has entertained audiences all over the country. In 2015, he competed in the International Brotherhood of Magicians competition (the world’s largest organization of magicians, with members in 88 countries), where he won 1st place in the Junior Stage category. Danny’s act has taken him to places like New York, where he performed in the longest-running Off-Broadway magic show in New York, Monday Night Magic. He has been featured on several magazines like The Linking Ring, where he appeared on the cover in the August 2015 issue as well as an article written in the January 2016 issue. Be prepared to laugh, cry, and be amazed with Danny’s unique take on the art of magic!