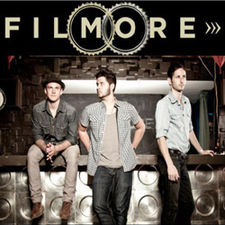 Filmore is an up-and-coming, modern country trio that combines the ever recognizable sound of Nashville with a spot-on harmonic blend. Originally conceived as The Tyler Filmore Band, the group got started at Mizzou University in 2009 and soon developed such a devoted following that they decided to head to Nashville. Once landed in the country music capital of the world, the band decided to do two things: 1) Record another album and 2) Shorten their name to Filmore. Today, Filmore has solidified itself as a successful and much loved act, harboring many fans among the college scene, with their talent... and their unprecedented ability to sing about Beer and Good Looking Women.

•Released the first album as The Tyler Filmore Band

•Recorded second album as Filmore in 2011 in Nashville, TN

•All three members have been friends since junior high