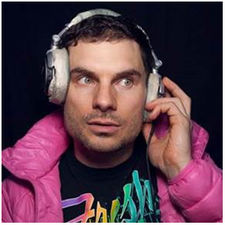 Recently named one of Variety’s “10 Comics to Watch,” Flula is a German DJ with over 80 million YouTube views, a devout online following, and sponsorships from a number of popular online culture outlets. Flula has become one of the best multi-talented entertainers in the online world. Starting as a chart topping DJ in Germany before moving to Los Angeles, California, Flula boasts a diverse spectrum of talent as a musician, actor, comedian, host, DJ, and hype-man. Mixing absurdist humor with a spontaneous charm, Flula’s comedy is out to cause brilliant confusion with a charming sensibility.

This year, Flula co-wrote and starred in the award-winning film, HUNNY BUDDIES. Recently, Flula starred as the lead role, Cuckoo, in the NBC pilot of the same name. He has also appeared in shows such as AUCTION HUNTERS on SPIKE, LAST CALL WITH CARSON DALY, and has hosted segments and pilots for AT&T U-VERSE, GIBSON MUSIC, SCREEN JUNKIES, METACAFE, SXSW, and YOUTUBE. Flula recently starred in PITCH PERFECT 2 opposite Anna Kendrick, Rebel Wilson, and Adam Devine for Universal .

FLULA is a versatile DJ who will charm, captivate, and disorient you into laughter.