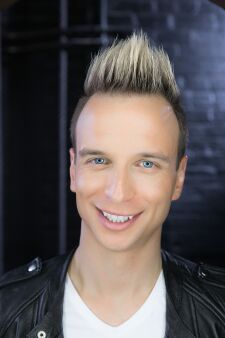 From Radio City Music Hall to Planet Hollywood Casino and from Studio City Casino in Macau to his very own theater on the beautiful island waters of Saipan, the unique performance style of Illusionist Leon Etienne attracts entertainment producers to book him all over the world. He’s rocked stages from coast to coast in the USA and in dozens of countries, including England, Ireland, France, China, and Australia. His performances frequently leave celebrities like Jimmy Fallon, Howard Stern, and Heidi Klum speechless.

Hailed by critics as "America’s Rock Illusionist," Leon is a worldwide hit with audiences, critics, and producers. Etienne is recognized for his on stage charisma, a fast paced, high energy, rock n’ roll edge performance style, and his no nonsense approach to magic. He has appeared on the world’s biggest TV shows, trended worldwide on social media, and performs live at entertainment hotspots around the world.

Leon’s original creations, a passion for sleight-of-hand magic, and the best jaw dropping grand illusions in the world explode on stage in his critically acclaimed hit show, "Magic Rocks!®