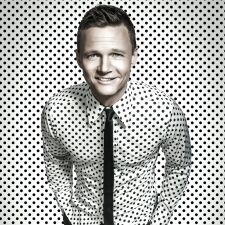 Joel Ward’s high energy, original magic has astonished people throughout the world. He presents award-winning magic by combining classical magic with a contemporary touch. A Magic Castle favorite, Joel has been seen on The Tonight Show, Penn & Teller: Fool Us, as well as Comedy Central, Bravo, The CW, Fox, and more. He has served as a magic consultant for film/TV projects such as Arrested Development, Netflix's Magic for Humans, Hulu's Shut Eye, Disney's Magic Camp, and for Jane Lynch and Jordan Peele on Funny or Die.

Joel started magic when he was six years old. He started his own business at age ten, and by age fifteen Joel became a World Champion Teen Magician after placing 1st at the annual competition for the International Brotherhood of Magicians. That same year Joel was picked out of hundreds of magicians to appear on television with master magician Lance Burton.