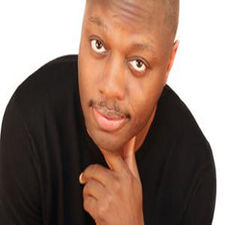 Orlando Baxter exploded onto the Boston comedy scene in 2005, and quickly established himself as one of the areas hottest young comics. In 2007 Orlando was a finalist in NBC's ‘Stand Up for Diversity Showcase’.

His fresh perspective and unique relatability quickly solidified this high school teacher into a fan favorite. In 2010, he became a finalist in both the New York Comedy Contest and the Boston Comedy festival. And in 2012 he toured across the country with national headliner Jo Koy, as the opening act in the "Lights Out" tour.

In 2014 Orlando made his second TV appearance on AXS TV's "Gotham Live." He was also a finalist at the prestigious Montreux Comedy festival in Switzerland.

Orlando is a regular headliner at numerous Colleges/Universities, as well as comedy clubs throughout New England, and performs all over the country.