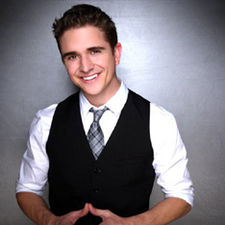 Adam Trent is regarded as one of the most blah blah etc etc. Ok, you guessed it… This is me writing this.

Let’s cut to the chase.

What comes to mind when you think of a “Magician”? Is it a guy who makes awkward dance movements and tells stale jokes while torturing women in big boxes? Until recently, this was the sobering reality of people’s stereotype of magicians. I’m not suggesting that simply wearing jeans and a trendy shirt solves this problem. Perhaps it's time for a good refresh.

I’ve always thought that Magic should be entertaining first and tricky second. I don’t want people to remember just the “tricks”, but also the laughs and the memories that were made. Strange?

I can’t remember a time in my life when I wasn’t performing. I began with birthday party shows at age 9 for kids that were older than I was (slightly awkward), and corporate events when I was 13 (slightly illegal). At 14 I started street performing which was as the most amazing/brutal training a performer could ever have. It taught me to build a crowd be entertaining in the worst of situations. It discovered an audience’s true attention span, because they just walked away if things moved slow. At 18, I went to college in Los Angeles and got a degree in Finance and Entertainment Marketing. Apart from learning that a tiger would be tax-deductible, I got a crash course in LA’s music and comedy scene. I realized that the most important element in a show is the performer’s connection to the audience, and without that even amazing skill can fall as flat as a bad boy band.

So that’s the way I approach my performance style. Above all else, prepare to feel very different than you expected to feel after a “Magic Show”. I’ll bet my reputation on it.