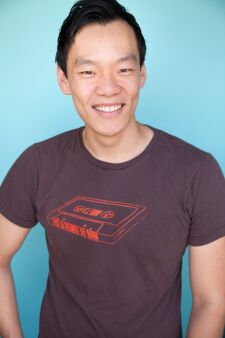 Aidan Park is an award-winning Int'l headlining stand up comedian and best selling author of book "The Art of Being Yay"- with a foreword by his comedic hero, Margaret Cho.

Aidan has two comedy specials which can be found on NBC's Peacock and Tubi. Aidan has been featured on Comedy Central, NBC, HULU, Entertainment Tonight, TV Guide Channel and Here TV. Aidan is also a paid regular at some of the biggest comedy clubs in the world including the Hollywood Laugh Factory and The Hollywood Improv.

In 2021, Aidan launched his brand "The Art of Being Yay" all about encouraging wellness through comedy and have been a headliner and keynote speaker for organizations such as American Cancer Society, Special Olympics and Soaring Spirits international.

In 2022 Aidan made history as the first HIV Positive Comedian to have a special on a major network platform.