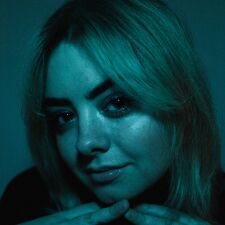 CASSIDI began her journey in music at a young age. She started to hone her craft of singing and songwriting, while simultaneously becoming self-taught in piano and guitar playing. Now 21, she has also become self taught in digital music production. She now produces on every one of her songs, all self written. She has gained quite the following by touring the East Coast, showcasing and performing in cities like Los Angeles and New York City, and opening for musical acts such as The Plain white T’s. She also recently performed at New York Fashion Week. She has had multiple singles in rotation on top 40 radio stations in just the past year, over 5 original songs premiered on radio. She has topped New Year’s eve countdowns & Shazam search charts with her original music in New York. She is inspired by traveling, creating, and learning through her experiences in the music industry. She eventually hopes to contribute to helping others monetarily and emotionally through her endeavors and work. Although just beginning, CASSIDI has already made quite the statement with her drive and unique artistry. She is on the rise to push many boundaries in 2019.