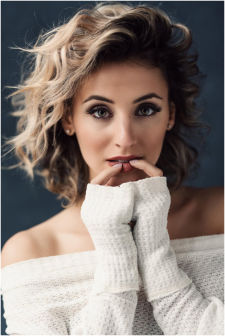 Country singer songwriter J.Antonette got her start as a background singer for Melissa Etheridge. She has since performed as a background vocalist for Grammy winner Michael Bolton, Gary Douglas in support of South Side Johnny, and has opened for country star Jordan Davis. She has been featured on country radio such as Nash FM, Big Frog104 and many others. This North-East native has honed her craft as a playful-yet-passionate multi-genre singer-songwriter.

J’s New York meets Nashville styled country pop EP, “Paper Trail” has created quite the buzz on the airwaves. After releasing her first single, “Hello, Goodbye”, “Paper Trail” exclusively premiered on Bug Country Radio and has been featured on stations such as Nash FM, Big Frog 104, WUTQ, Kiss FM, and 99.7/101.1 just to name a few.

Her latest single, “Drunk On Me" is nothing short of radio quality. It was mixed and mastered by Nashville’s Grammy nominated, multi-gold & platinum engineers.

The virtual show is 40-50 minutes followed by 10 Minute Q & A. Questions about the music business, songwriting, as well as branding.