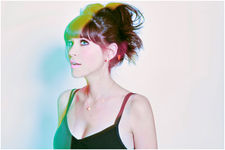 Jackie Tohn first reached the national stage on Season 8 of American Idol, where fans remember her as a quirky, high energy, talented performer who made it all the way to the Top 36. Since Idol, Jackie has continued to woo audiences nationwide with her voice and her guitar, and a talent that Music Connection Magazine compared to the likes of Laura Nyro, Janis Joplin, and Rickie Lee Jones. When Tohn performs, she captivates. When Tohn sings, audiences listen. And when Tohn takes the stage, people witness a young star in the making -- a gifted artist who was "wired to entertain."