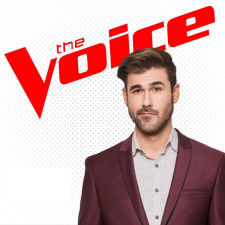 You've seen him on The Voice. Now bring Ryan Quinn to your campus virutally.
Ryan is a vocalist/multi-instrumentalist born and raised in Central New York. Growing up in a musical family, he was exposed to a wide variety of music at a young age, including: jazz, soul, funk, rock, fusion and acoustic/singer-songwriters. Before playing out in local bars and restaurants as a solo act, Ryan started his musical career as a drummer. However, after being accepted to SUNY Oneonta, his focus shifted to singing. Ryan will perform a killer 30 - 40 minute set then do a Q & A Talk Talking about the Reality television show, working in the music industry, performing with Post Modern Jukebox, and your own questions you have for Ryan. We know it's a crazy time. Ryan is perfect break from working at home.